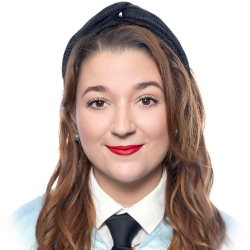 Silvia Zarzuela Martin
Content Writer, International Affairs at The New Global Order
Silvia is a History Graduate with a Master´s in European Law. Growing up, she was fascinated by languages and story-telling, which combined with a passion for Humanity´s past lead her to study her degrees and specialize in politics. She also had the chance to study several languages which opened doors for going abroad and experiencing new cultures as well as a wide range of opposing points of view.

At the beginning of February 2022, data showcased that inflation in the United States reached 7.5%. This historic record could be somewhat softened if food and gas prices were not taken into consideration. In this case, what is commonly known as core inflation would be reduced to 6%. But these are not the only numbers the US Government – and its population – have shown concern for. When looking deeper, we can see that the price for women’s attire rose 11%, as did bacon (18%) and 41% for used cars and trucks. To round it all up, gas prices increased by 40%. A matter that would not be improved by the tense relations between Washington and Moscow.

Amidst all this uncertainty, President Biden developed a plan to tackle inflation and bring back afloat the US economy after the subsequent blows it has taken since the Covid-19 health crisis.

WHAT DOES THE NEW PLAN OUTLINE

On May 10th, 2022 the White House released a press statement outlining the main points of President Biden’s new plan to control inflation. Some of the main areas covered were healthcare, gas, childcare, and consumer goods. On top of that, the core democrat belief that the rich should pay more is woven within the whole document, meaning that in every step where taxes are mentioned, an increase in the taxation of the top incomes in the country is also brought up.

One the one hand, concerning fuel, the aim will be to reduce the peak in gas prices – a consequence of the Russian military offense in Ukraine. To do so, 1 million barrels of oil will be made available every day and ally countries will be urged to release an additional 60 million. This measure hopes to lower the dependence on Russian fuel. Additionally, companies that are sitting on excess production must have to pay a fee if they wish to continue storing this idle product. This will also be paired with the lowering of energy bills and working towards energy independence in the long term.

On the other hand, there will be a reduction in the price of everyday items, such as prescription drugs and food, as well as childcare and housing. This measure will come both as direct action and as a consequence of improving supply chains and manufacturing. Lastly, large corporations and the wealthiest families in the country will see an increase in taxation to reduce the federal budget deficit.

Since the economic situation of the US has a tendency to create a ripple effect that reflects on the rest of the world economies, it is foreseeable that other central banks – like the European Central Bank (ECB) – will take action after the Federal Reserve announced a higher rate in loans. Whether the US interest rate is higher than expected by the market, will determine if it firms up against the rubble. Should this be the case, the Russian Central Bank will keep supporting its currency and the mid-term position of the rubble will then depend on future political decisions from both US and Russian administrations.

IMPLICATIONS FOR THE AVERAGE CITIZEN

Starting with the Labour Market, in general terms, salaries have been increasing. However, not at the same pace or volume as prices. There are a few exceptions to this rule which include the 10% raise on hotel staff wages and 7% for bar and restaurant servers.

These ups and downs in salaries, together with the unpredictable price risings, have taken a toll on the North American consumption strategy. It has been reported in several surveys that 80% of consumers will change their approach to spending and shopping should the situation persist. These behavioral changes may touch on -although not exclusively- buying fewer items, prioritizing large chains with a marketing strategy based on low prices (e.g. Walmart), waiting and scouting deals, and reducing the money spent on gift seasons like Christmas or Valentines Day.

It seems clear that the global scale economy that interconnects global citizens all portrays inflation as an issue that must be dealt with by uniting strengths and coordinating efforts. Only time and the proper management of the situation will tell whether the strategy was appropriate, or only fruitful on paper.

Silvia is a History Graduate with a Master´s in European Law. Growing up, she was fascinated by languages and story-telling, which combined with a passion for Humanity´s past lead her to study her degrees and specialize in politics. She also had the chance to study several languages which opened doors for going abroad and experiencing new cultures as well as a wide range of opposing points of view.
View all posts by Silvia Zarzuela Martin →

World News EU Military Response: Uncharted Territory in the U…
0