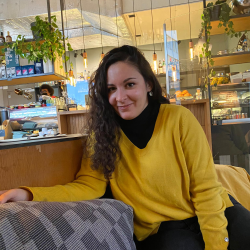 On the 14th of September, President Ursula Von der Leyen spoke in front of the European Parliament to deliver the 2022 State of the Union speech. The President of the Commission was accompanied by the guest of honour for the evening, Mrs. Olona Zelenska. The speech was marked by the serious challenges that loom over Europe for the coming winter – the Ukrainian war, which has prompted an energy crisis, stark inflation and interruptions in supply-chains across Europe as a spillover effect, among other consequences.

What is SOTEU and why it is relevant

The State of the Union speech serves as a roadmap that outlines medium and long-term priorities for the European Commission. Along with a general overview of the upcoming political and socioeconomic decisions, this momentum is also used to announce high-profile decisions or initiatives. The discourse is usually delivered in September by the President of the Commission and marks the beginning of the political year. This address happens in front of the European Parliament followed by a discussion by Members of the European Parliament (MEP), representing the views of the different parliamentary groups about the issues addressed.

Over the years, the delivery of the State of the Union is welcomed and expected as a transparency and accountability exercise since it holds the European institutions accountable about what has, and has not, been executed. It allows voters, policymakers, political parties and experts to draw their own balance regarding the political year.

The situation leading to the 2021 and 2022 SOTEU could not be more different. By September 2021, the European Union was focused on the development and distribution of vaccines on a massive roll-out strategy that would prevent a rise in cases for the autumn-winter. As of 2022, President Von der Leyen could not prevent addressing the situation in Ukraine, especially considering that the First Lady of Ukraine, Olena Zelenska, was present in the chamber.

In order to underscore the importance of the speech this year, the SOTEU was one of the first public appearances of President Von der Leyen after the report published by the Court of Auditors regarding the vaccines’ contract with Pfizer on the 12th of September. The Court argued a lack of transparency regarding the conclusion of the EU’s biggest vaccine contract. Allegedly, it is suggested that the EU rulebook for negotiations with third parties was overlooked for the occasion and that the President of the Commission used informal connections and means of communication to agree on a preliminary contract. Back in 2019, a committee of the German Parliament raised similar suspicions on President Von der Leyen about her management of the Defence Ministry and the attainment of important contracts with external advisors.

The European Union On War, Energy and the Economy

While it would have been easier to organize the speech around general topics like energy or the economy, their complex interconnection with the Ukrainian conflict made the war the guiding thread throughout the speech. During the first moments of her speech, President Von der Leyen announced a future project for rebuilding Ukrainian schools that will support the gradual integration of the Ukrainian market into the European one by removing import duties and roaming charges. Despite the fact that the war is far from over, Brussels is already focusing on a prospective reconstruction.

On the energy topic, the President of the Commission celebrated a decrease in imported Russian gas. By this time last year, there was a 40% of imported gas, which has been reduced to a 4%. Thanks to the Gas Storage Regulation, storage capacities are at least at their 90%. It doesn’t stop there. In the coming months, we can expect a cap on extra-benefits of energy companies, which is under negotiation as we speak. On a long-term basis, the European Union announced a “a deep and comprehensive reform” of the electricity market that should. This will, most likely, follow a similar system as the one implemented by Spain and Portugal, known as the “Iberian Exception” which allowed them to enjoy lower electricity fares. On top of that, the EU will work on creating an EU Hydrogen Bank to push for renewable energies.

Moving forward, the President of the Commission spoke on industry. She highlighted the importance of “investing in sustainability and to invest sustainable”, thus reinforcing the idea that initiatives in industry, economy and climate can no longer be isolated from one another. Brussels intends to push a holistic approach on the European Green Deal, addressing the three issues simultaneously.

Given the current circumstances, it comes as no surprise that agriculture and migration weren’t even mentioned. Even though the former could be fit into economic and environmental debates, the reality is that the Common Agricultural Policy received no attention during the speech. Despite that, new legislation on the matter is expected to begin in 2023. As for migration, it hasn’t found its way into the political agenda lately. However, it is a topic that should be followed closely, given the new elected governments around the European Union. A report published in the beginning of October showcases recent developments on migration and asylum, but the truth is the momentum of the New Pact on Asylum and Migration faded with the arrival of the COVID-19 pandemic.

As an unexpected closing remark, Ursula Von der Leyen announced that the moment of reviewing the Treaty on the Functioning of the European Union has arrived. She is expected to call on the European Convention in order to discuss a reform on the Treaties. This debate was already ongoing in the European Parliament in June 2022.

The circumstances that led to the State of the European Union Speech in 2021 couldn’t be far from different. With a European Union still struggling with vaccination and COVID-19, we had no clue of the events lying ahead for 2022. Still, there is a certain resemblance on topics such as the rule of law, which was again praised by Ursula Von der Leyen in this year’s address. Based on the President’s words, the conditionality mechanism is here to stay and will have a key role in the future in order to access EU funding. Another topic that was repeated this year is the compromise with climate change and the digitalisation of Europe.

Among key achievements we could highlight the creation of the Health Emergency Response Authority (HERA), the Conference on the Future of Europe, REPowerEU, Digital Services Package or EU sanction packages to Russia.

Wrapping up: what to expect from the European Union

The State of the Union speech, as the event that starts the political season, is of key relevance since it brings forward an expected roadmap for the coming months. Additionally, it is shortly followed by the publication of the Commission Work Programme, which includes further information on the proposals. The programme for 2023 is available from 18th October 2022.

Considering the circumstances that we are facing; it would be safe to keep low expectations on the achievements of the European Union for the coming year. The Ukrainian war combined with political turmoil and surging COVID-19 and seasonal influenza infections leaves little room for improvisation. It is also necessary to keep in mind the upcoming European elections in 2024. This means that 2023 will be the last full political year before a new president of the Commission and European Parliament are elected.

As it has happened in the last months, it is expected that geopolitical developments will shape the European agenda. Relevant milestones in the global arena and continuous crises are expected to leave no margin of action for member states, who are already facing pressing circumstances. Additionally, it is yet to be seen how new governments integrate within the European Union and shift existing supporting blocs. For now, it is enough to imagine how Europe will look like by September 2023.