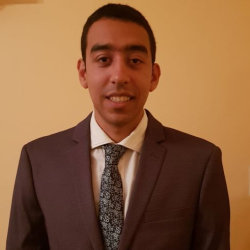 In international affairs, the Indian Ocean is increasingly emerging as a major pole of great power competition. Home to some two billion people, this vast geographical region, stretching from the Malacca Strait and the western coast of Australia in the East to the Mozambique Channel in the West, has seen the People’s Republic of China expand its geo-strategic weight over recent years under the leadership of Xi Jinping.

This growing dynamic has raised great concern among the United States’ regional partners about the extent to which small states in the Indian Ocean will be able to mitigate the Chinese Communist Party’s (CCP) coercive diplomacy and maritime power ambitions.

The geo-strategic and economic importance of the Indian Ocean should not be underestimated. It is the third largest body of water in the world and covers one-fifth of the world’s total ocean area. Furthermore, it is an important conduit for international commerce with about 40 percent of the world’s oil supply traveling through its entryways, including the Straits of Malacca, Hormuz, and Bab-el-Mandeb. The Ocean’s coastal countries are also a valuable source of uranium, gold, and diamond reserves.

China’s entry into the Indian Ocean Region (IOR), through economic investments and political engagement, is significantly reshaping regional dynamics. China has specifically sought to enhance its geo-economic influence over developing countries through its multi-billion dollar development and investment program: the Belt and Road Initiative (BRI). As China’s BRI projects in the Indian Ocean gather pace, there is a growing concern that the CCP will inevitably seek to protect the security of its large-scale overseas investment projects and its citizens through military might.

“The pursuit of economic development is no longer Beijing’s primary goal. To become stronger, China is attempting to assert its Great Power status and transform its accumulated economic power into regional and global influence.”

To this end, the CCP has been pursuing increased acquisition of strategically located deepwater ports that can be used for commercial and military purposes. It appears that there is an urgent need for the Biden administration to take concrete steps to safeguard the rules-based maritime order. If left unchecked, the Chinese military may intimidate states militarily and economically, similar to what it has done in the South China Sea for years.

China’s efforts to build poles of influence along the East African coast have become increasingly discernible. This has been particularly evident in Djibouti, located at the mouth of the Red Sea, on energy transit routes. Over recent years, China has transformed its $15 billion commercial reach into strategic gain, with the construction of the People’s Liberation Army Navy’s (PLAN) first overseas naval base, directly adjacent to the multi-purpose Doraleh port. Most interestingly, the PLAN base is only 12 kilometres from Camp Lemonnier, home to more than 4,000 US troops. This vantage point provides the PLAN access to the terminal berths, overlooking the Bab-el-Mandeb Strait, through which an estimated 12.5 to 20 per cent of the world’s trade passes each year.

Beyond the Horn of Africa, China is also heavily involved in the coastal regions of Kenya. This is noticeable on Lamu Island, only 241 kilometres from Mombasa, where China’s state-owned China Communications Construction Company has embarked on building a second commercial seaport for the Kenyan government, which will include 32 berths. With Chinese companies controlling approximately 70 percent of Kenya’s infrastructure projects, China’s growing influence may lead the CCP to exert political leverage to protect its investments, with large Chinese military vessels docking in the near future.

Projecting power across South Asia is also a key strategic imperative for the CCP. In advancing this position, President Xi hopes to alleviate the ‘Malacca Dilemma’ –China’s fear of a maritime blockade in the Malacca Strait by the US Navy– through which much of China’s international trade currently passes. The CCP is particularly interested in transforming the deepwater port of Gwadar into a full-fledged military outpost of the PLAN and integrating the terminal into its multi-billion dollar China-Pakistan Economic Corridor (CPEC). Across the countries of the Bay of Bengal, Chinese state-owned enterprises have ploughed huge funds to develop the Kyaukphyu port and the Colombo Eastern Container Terminal. In seeking to secure its economic interests, the CCP hopes also to establish military logistics facilities in both Myanmar and Sri Lanka, which would greatly enhance the protection of its shipping lines in the Indian Ocean.

China’s growing footprint and influence in the IOR requires like-minded partners to place greater emphasis on multilateral security cooperation. Chinese commercial investments and military ambitions have been of particular concern within Indian foreign policy circles. India sits at the heart of the Indian Ocean: it has 7,500 kilometres of coastline and depends on the expanse for its trade and energy sources – 95 per cent of Indian trade by volume and 68 per cent by value passes through the Ocean.

Against this backdrop, New Delhi has no desire to see Beijing meddle in the Indian Ocean and build its economic and strategic clout. With American and Indian security interests aligning like never before in the Indo-Pacific, both nations have sought to advance maritime interoperability with like-minded democratic countries of the Quadrilateral Security Dialogue, or Quad: Australia and Japan.

The Indian and U.S. Navies notably advanced Malabar exercises in the Bay of Bengal with the Royal Australian Navy and the Japanese Navy last year; the 26th edition is scheduled to take place again later this year, most likely in October. Expanding and deepening cooperation on freedom of navigation outside the strict Quad security agenda in the Indo-Pacific region should also be considered. France, which holds a series of dependencies in the Indian Ocean, most notably Mayotte and Reunion, organized in April 2021 the La Pérouse exercises in the Bay of Bengal with Quad members. With Australia desperately eager to repair and reset Franco-Australian relations following Scott Morrison’s unceremonious termination of a submarine program with France, the opportunity exists for the Quad to strengthen intelligence sharing and maritime cooperation with a like-minded partner across the East Indian Ocean (EIO).

By contrast, in the Western Indian Ocean (WIO) no such political-security arrangement exists to date, bringing together countries with similar interests and threat perceptions. This is crucial, as the Indian Navy has revealed that at any given time, six to eight Chinese warships are operating from the Bab-el-Mandeb Strait. With geopolitical shifts sweeping the WIO, it appears to be imperative that US policymakers forge a new security alliance to safeguard the international rules and norms of the maritime space. Bringing together like-minded partners with interests in the region, such as India, Israel, and the United Arab Emirates (UAE), can seemingly go a long way towards achieving this strategic goal.

China’s mounting economic reach in the IOR calls for the Biden administration to step up its economic diplomacy. It requires Washington to pay attention to the demands of developing countries. The region’s low and middle-income countries are urging adequate infrastructure and connectivity projects instead of lopsided Chinese investment and aggressive influence over their political and economic institutions.

Some developing countries, most notably Sri Lanka, have incurred unsustainable debts as a result of Chinese infrastructure financing deals, resulting in a loss of sovereignty over strategic assets. In Kenya, the $4.7 billion Standard Gauge Railway built by the China Road & Bridge Corporation, has never made a profit in its four years of operation, putting the Kenyatta government at high risk of debt distress. These debt sustainability problems have consequently provoked countries in the IOR, particularly Bangladesh, to be more cautious about Chinese BRI projects.

Addressing the economic development needs of the region’s poorest countries requires Washington to boost American infrastructure investments. The Biden administration recently launched international economic projects such as Build Back Better World (B3W) and the Indo-Pacific Economic Framework for Prosperity (IFEFP), which can play a critical role in this regard in expanding trade and investments across the maritime zone. Developing a sustainable supply of bankable ventures will require Washington to increase public sector investments in research and development (R&D). This is crucial considering that since the turn of the millennium, China’s R&D spending has increased by an average of 18 percent annually – while current American federal research funding is at its lowest level in about 60 years. Public funding should equally be targeted to critical areas such as AI, quantum computing, and next-generation telecommunications.

The US is now called to then support the commercialization of these advanced technologies and step up its commercial diplomacy with developing countries, clearly communicating the long-term benefits of partnering with US companies: product quality, financial viability, and environmental impact assessment. In doing so, it can offer developing countries a credible alternative to Chinese technologies and investments.

Let's Tune In Let’s Tune In: The US retaliates to attacks in S…
0