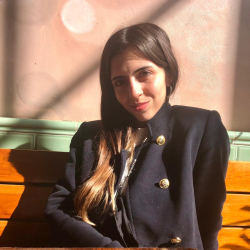 In this conference, “Fighting Extremism in Pakistan – Local Actions, Local Voices” Dr. Anita Weiss tells us about her new book: “Countering Violent Extremism in Pakistan”. She describes how Pakistanis engage in powerful actions that reject extremists and transform how people think about society. The moderator is Michael Kugelman, and the Panelists are Qaisar Abbas and Aftab Siddiqui.

Anita Weiss explained that violent extremism has manifested in many ways over the past decades in Pakistan. In response, the Pakistan government and military had sought to counter this extremism through different strategies. All of which have been fraught with problems. On the other hand, non-state actors have been engaging in various kinds of social negotiations and actions to lessen the violence and also recapture indigenous cultural identity.

The Book “Countering Violent Extremism in Pakistan” is not about why some people have become extremists and engaged in violence. It is not addressing the foundation of this extremism, how it began, what forces encouraged it, or how distinct groups have played. There are many conspiracy theories in Pakistan about this. Instead, she explores the laudatory efforts of Pakistanis who want their culture back, their life back. She mentioned that the actions of the state actors in Pakistan, the government, and the military, have been focused on targeting people committing violent acts to hunt them down and kill them. But it has not halted incidents of violent extremism in the long term. Weiss remarked that some people described how there were no lines between state agents and some extremist actors. Extremist groups in Pakistan seem to have rebounded quickly, and they have retained a public presence on Facebook, Twitter, and Instagram. That is especially attractive to disaffected young idealists.

She seeks to valorize the various ways that local people are responding, taking stands, recapturing their culture, and saying stop to the violent extremism that has manifested over the past decade or even longer in Pakistan. They are changing the dynamism of contemporary society. So she explores how local people are engaged in, the sparks of hope, how they are creating alternative narratives about culture and identity.

To analyze what happened in Pakistan, she and his group traveled for three years around Pakistan. There found a new generation of Pashto poets who grew up with the feeling of no violence. They wrote poetry in contrast to the violence that is around there. In addition, religious leaders are actively engaged in creating communities to talk with each other and bring messages of interfaith harmony to their constituencies and revisit what is the true message of Pakistan while Pashtun is organized for rights under the banner of PTM (the Pashtun Tahafuz Movement), and minorities mobilized through numerous forums.

Finally, she described non-state actors’ playbooks. Explaining that they are not about wiping out opposition but rather about transforming how people think about society.

Read more about our weekly analyses on our Newsroom analyses.

Conference of the Week

Let's Tune In [SPECIAL EDITION] Let’s Tune In: How the Rus…

Let's Tune In Peruvian Assurance on Bilateral Agreement with Bol…
0