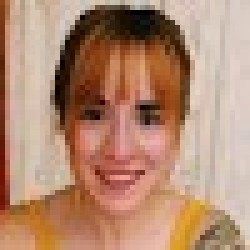 Currently, the Us is accusing China of having caused the Coronavirus crisis that is now shaking America. Although, the enmity between China and the US is always been evident, their relationship is increasingly deteriorating.

The rise of China in the international scene, is perceived like a threat for America. From the moment in which China integrated the capitalism model, its economy has grown from the point of erasing the economic influence of the US. Nowadays, the US leads the GDP ranking; however, when one analyses countries based on their Purchasing Power Parity (PPP), China is at the top of the ranking, followed by the US. Globalization drove to the rise of new powers and, in turn, to the relative decline of American hegemony and therefore, the crash between China and the US was arguably predictable.

In addition, China is the strongest economy in the BRICS, a Reserve Fund formed by Brazil, Russia, India, China and South Africa and its contributions account for almost three quarters of the group’s international reserves, more than 60% of foreign trades, in order to provide greater political autonomy to their members and not depend on American funding (Ríos, 2017). Furthermore, China is allied with countries like Venezuela, Sudan, and Iran from which its oil supplies are bought. This clearly worsens the relationship between the two super powers.

The rivalry was already visible in the economic war that Trump undertook against Xi Jinping, in 2018. This had a negative impact on the Chinese economy due to its dependency on the export of manufactured products, hence on foreign countries. However, these actions could have slowly dragged global economic activity into a slowdown and perhaps, many analysts pointed out, into a recession (Orgaz, 2019). An agreement was therefore needed and inevitable, and it was reached in this January, with the presidential elections close at hand.

Nonetheless, the COVID-19 situation is a game changer. At the beginning of April, the Intelligence Services of the US concluded that the Chinese Government has hidden the real scope of the outbreak of COVID-19, in other words, the real number of deaths was hidden, meaning that the threat of the virus could have been even greater that the one that China displayed. In addition, Donald Trump has questioned the death figures of China and in a meeting of the White House, few weeks ago, he has confirmed that if China has lied about the information of the COVID-19, there would be consequences. The attacks became sovereignist as well, because of the nationalization of the name of the virus itself, also in the President’s twitter account where he calls it “the Chinese virus”.

The American situation is even worse that what was expected and Trump’s Administration actions have proven ineffective, both due to COVID-19’s viral load of COVID-19, as well as for a matter of underestimation of the possible pandemic. In addition, incriminating and stigmatized comments are frequent among American politicians: the last one, coming from a South Carolina Senator, Lindsey Graham who accused China of being responsible for the deaths of thousands of Americans.

In the in the worst-case scenario, the relationships between China and US could deteriorate throughout the course of the pandemic and return to an even greater commercial war. Perhaps, the US would only try to use China as a scapegoat on its domestic policy, because of the presidential elections being in November and the current scenario of America not guaranteeing the re-election of Donald Trump.

The course of the pandemic will determine the relationship between the two powers however, fairness is necessary and pointing and campaigning against China may hide the mistakes made by the current American Administration. There is no doubt that the international scene needs the American and Chinese governments to work together to stem the tide of the pandemic and set aside its disagreements.

Can the Coronavirus Cause…

World News Libya At War: How Did It All Start?

World News The Coronavirus Vaccine and Medical Racism in Afri…
0